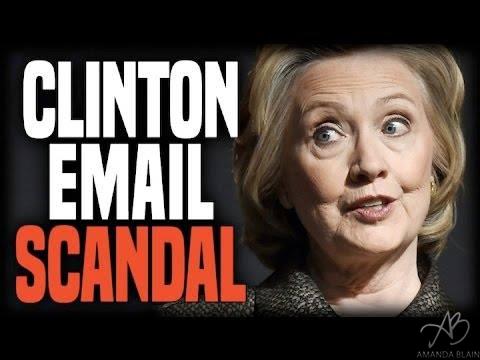 The Hillary Clinton Email Scandal – What You Need to Know

Let us investigate the Hillary Clinton email scandal and all of Hillary Clinton’s lost emails. I don’t like posting about politics but man, technology I do….

I personally read the ENTIRE FBI released report about Hillary’s Emails. I don’t know anyone else who has.

So let’s get to it… 5 Points I learned so you too can become an educated expert on the Hillary Clinton email scandal.

When asked about Hillary Clinton’s emails, most people say something to the effect of… “Hillary deleted those emails to cover up and hide all her evil secret doings and even sold national secrets..”

But the reality is Hillary never deleted or sent any emails to the interview departments according to these reports. She was requested to send emails by the govt in July 2014. Her team emailed the IT guy and he decided the best thing to do would be to do a search for all *.gov emails. He did this from Outlook .pst backups from old servers. He sent those back to the team. Hillary’s Team sent the files to her lawyers. Lawyers sent them to the govt. IT guy asked,  “What do you want me to do with the not .gov emails and remaining backups?”

At this time it is July 2014 – Over a year since Hillary left the state office. Hillary and team said “Well.. we don’t need them?”

So the IT guy deleted them. Then he bleached the server as IT security guys do. His report says no one asked him to do this. Hillary never touched these emails. They never screened them for secret info beyond .gov emails. She is not very technical. How many people could sort through backed up .pst files reading this thread? How many even know what a .pst file even is? You still think Hillary did this?

2) None of the Emails actually sent by Hillary were Classified

There were a total of 2093 classified emails found (although this number changes around a bit depending what you include as classified). Most of these classified emails according to the FBI report were things like Hillary Clinton’s travel and flight schedule. IE – this would be classified information as to when she was landing but it is not necessarily classified in the sense of national secrets most people are thinking about. Each and every sender and receiver of the 2093 “classified emails” was brought in, interviewed and questioned. They are in the reports. The FBI determined that 110 were classified at the time. About 0.17% of emails on the server. The FBI also found that NONE of the 110 “serious emails” were properly marked with headers and subject lines as classified…. Which is gov’t classified protocol. Hillary and her team discussed classified information in morning meetings, secure faxes and via secure phone calls – not via email. This is why she said there wasn’t any. Because there should not have been. The emails were sent poorly by other people in the USA government. IE – The emails that were found – Hillary was part of the email threads that other people in the Gov’t made mistakes on.

3) There was lots of hacking, just not of Clinton’s Email Server

The hack emails are a whole other ball of wax. Most people mush them all together in the Hillary Clinton email scandal. Often confusing the whole thing, again showing lack of technical knowledge. Hillary’s email or her server has never been hacked. Wiki leaks published the entire Clinton Emails published under the FOIA here – https://wikileaks.org/clinton-emails/ I read a bunch, nothing of note.

John Podestra emails released by Wikileaks has not been publicized how they got this information. But likely an initial phishing scheme and then as shown in this email – https://wikileaks.org/podesta-emails/emailid/6589 he published his password.. and then used the same password everywhere. Ugh. You can read all those here – https://wikileaks.org/podesta-emails/

So yeah. I have read a bunch of these countless emails. You can too. Most of ‘the media’ posting about these choose one or two emails that is Hillary’s aides and pr team doing their jobs or posting their personal water cooler email opinions. IE – How to target younger voters in a certain state or What to do about Bernie Sanders. Most company internal emails would look similar. I looked at lots of them but I didn’t see any OMG smoking gun or secret conspiracy in these either.

4) The FBI really did their job.

It is important to note how complete the FBI investigation was. They cross checked server log in times, IT department tickets, every computer, laptop, etc. phone records.. They interviewed basically every person to ever remotely work for or with Clinton in any way. They never found “secret Clinton scandals”. There is no insider deals. You can read countless pages of interview answers, transcripts, questions, of how non technical Hillary and her team are. For people who sure didn’t seem all that technical, it would be a miracle to cover up things like this.

5) Most people are not technical, INCLUDING the media.

The media has had a hay day with this because people are not technical. “The Media” is not technical. And I mean seriously, who reads all these documents besides me? How did you reading this get your information about the “Hillary Clinton email scandal” ? All the information most people have.. is some guy who wrote about what he read.. and likely they are not very technical. Do they know what .pst is? Bleach bit? Back up servers? Do they know how IMAP works? Sent messages? Secure FTP? All things mentioned in the FBI files? I just don’t think ‘the media’ understands what they are reading per se or focus on the sensationalized parts more than others. How come most people know there is classified emails.. but NOT that Hillary never touched the emails sent or deleted for example…

In MY opinion, Clinton’s email scandal is such a thing.. because for the first time, the people of the world are looking at and are interested in how the technology in the USA gov’t works. And its bad. The USA gov’t like most organizations is SERIOUSLY behind on technical knowledge, training and protocol around technology. This is my opinion based off what I personally have read. You may have a different one.

I agree with the FBI findings.. She shouldn’t have done it. And she was careless. But there is no.. crooked, evil, cackling plots like most people think. The USA Gov’t needs to seriously work on their technology protocols. This isn’t the first email scandal BTW… Other gov’t officials have too – including Bush, he had a private email on the republican server. He had tons of missing emails off THAT server.. conveniently around the Weapons of mass Destruction time period after Sept 11… No one heard a peep about Crooked Bush .. and he was the PRESIDENT.

There is countless more.. but i guess my overall point is… go read the files yourself. See what lovely pieces of information you learn and be informed on the Hillary Clinton email scandal:
https://vault.fbi.gov/hillary-r.-clinton

Or read this one.. that shows the CURRENT status of the storing of emails in the national archives for the USA gov’t… No one STILL to this day.. in most departments is doing it… 😐 You still think this is not a tech problem??? https://nsarchive.gwu.edu/news-foia-audit/foia/2016-03-14/saving-government-email-open-question-december-2016-deadline-looming

Finally… The biggest misinformation about Hillary Clinton email scandal seems to float around:
“Hillary broke the law using the email server, she shared national secrets and anyone else would be in jail for much much less.” None of which is true… You can read my very detailed post with direct sources showing how Zero part of that statement is true here – Did Hillary Clinton Break the Laws with her Email Server?

The 10 Best Playstation 4 Games For Kids

Did Hillary Clinton Break the Laws with her Email Server?