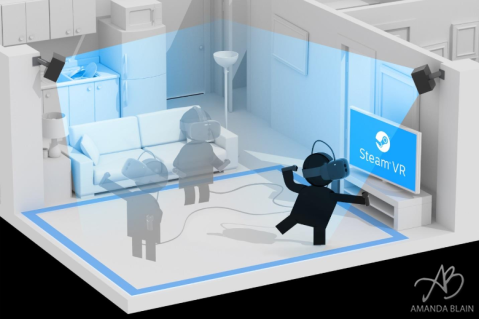 VR: When will we have virtual reality in our homes

CES 2016 was the year of VR, Drones and Self Driving cars.

These items where everywhere and I mean everywhere. Tons of companies had several hour line ups for the demo of their VR head set. Gamers everywhere are constantly asking me when we can see them in games. As a regular gamer, I think VR is very exciting for gamers because it will change how games are played. THe minecraft demo using oculus and E3 last year was super impressive showing how a gamer could interact with their block world in new and fascinating ways.

I’ve been luck enough to use the headsets several times over the last few years. And the tech is moving along. But I really just don’t think it’s their yet. There are several things still being worked on behind the scenes of these coders of the gaming future.

1) Most of the demos in the Headsets are currently called “rail demos”. This means that the demo moves along a pre set path and you have the ability to look around as it advances forward. Kind of like House of the dead or Resident Evil: Darkside Chronicles. This is to help with motion sickness and your brain just not quite handling the moving around thing yet.

2) The first thing that everyone wants to do after they put the headset on… is reach out and touch it. You want to interact with the environment and move the cool images you are seeing on your face. Leap motion is one such answer to this problem. So is IVR. But these are not currently technologies implemented by the big boys. At least not that I’ve seen.

3) 3D rudder was a cool kickstarter that I saw at CES that helps with the moving around abilities. A small disc that is placed on the floor allows you to move yourself around a virtual environment by tiliting your feet. I had a brief moment of ugh, but quickly adjusted and was able to move easily. It is possible tech like this will help users to get use to the movement better than the rail.

VR tech has come along way but there is still a ways to go.

4 New Gadgets to Help You Sleep