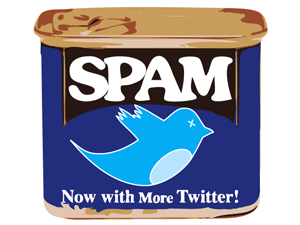 Twitter Active Users Seem Off – Are They Lying About Their User Base Numbers?

As Twitter goes Public with their IPO they have released stats about having 212 million monthly active and 100m+ daily active users. But Is that accurate and perhaps more importantly, what do those users look like?

Since 2006, Twitter has matured into a fabulous instant way to connect with people from around the world, especially at conferences or events, or through tv shows and interests. That being said.. management of your twitter account and dealing with the constant influx of twitter spam has always been a challenge.

Enter Si Dawson. Dawson created a 3rd party software app called Twitcleaner.com in 2009.  You authorized your twitter account and it would scan your followers for things like – This person has never  @ mentioned anyone, never RT anyone and everything their account has done is pumped from an rss feed. Or show those who tweeted insane amounts, or a favorite of mine, Popular Snobs – those with lots of followers who never followed anyone back ever. It was easy to get rid of the spammy accounts and keep the ones you wanted. Best thing ever.

Then Twitter changed their API, they say to deal with spam, but it’s limiting API calls ended Twitcleaner and many other twitter based apps in one quick swoop. Twit Cleaner is no more. Spam accounts continue to run rampant on the platform though.

With the IPO  launching today, Dawson returned once again in the world of Twitter,  for a breakdown of exactly what today’s Twitter users look like.  He has created a program that will randomly download Twitter accounts and analyze them.  The stats are eye opening;

At the time of this article, 1,183,132 Twitter followers have been downloaded and analyzed, Of these accounts:

93%? Twitter seems to not quite have nailed that signup spam problem they were having  but Dawson says that are getting better at spotting and removing the spam accounts… after the spamming has been done already.

2% are daily active users and to me this is the number that matters. A tweet is a very quick thing, instant almost. Who reads a tweet from a month ago? There is a very limited time window, shelf life on Twitter and those active in the last ‘month’ don’t really matter much at all. Daily is the area we are focusing on.

Let’s briefly look at Facebook’s IPO and numbers. (FB-901m VS TW-111m monthlies, and FB-526m VS TW-47m dailies)  Twitter’s numbers from these stats are 1/10th the monthly size and 1/15 the daily size of Facebook at the time of their IPO . Twitter’s validations is 14.2 Billion or $26 a share. Facebook validated at  104 billion, or $38 a share, which we all know was over valued (it dropped and took 15 months to level out). So how on EARTH is a platform that is not profitable, and not even close to the size of much larger Facebook valued at the numbers it is.

Dawson will continue to download the stats and analyze the numbers.  Do go have a look at them yourself to see what he’s doing over there. 111 million monthly and 47 million daily are still impressive numbers but is it enough for the pending investors? Will the possibly inflated stats make a difference?

As the world turns to the next big social media platform to go public,  Will the Twitter IPO be the next victim of inflated user numbers to woo investors into minimal advertising revenues? Time will tell if Dawson was right, but I wont be buying any Twitter stock today. Will you?