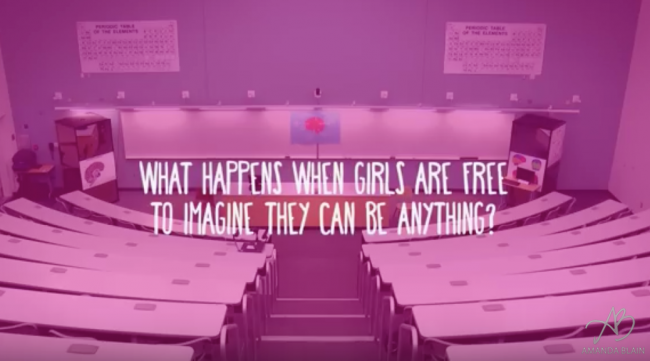 Barbie Finally Gets It Right

Working in the world of technology and social media, I see all too frequently the constant battle between “what the people really want” and the marketing departments of  brands – especially around women.  So many brands seem to miss very obvious marketing basics and get serious fallout from their marketing choices. What marketing choices you ask?

Let’s have a look at some of the “What the Heck” moments from Barbie in her 59 year history.

We all know about Barbies unrealistic body size. Countless articles have been posted about how if a real Barbie existed she would basically snap in half because her waist is too small to hold her large unrealistic top, neck and head.


Here are some of the other Mattel Barbie blunders:
For real. These are real Barbie dolls and things. Barbie is no stranger to this area of controversy and its finally starting to effect the bottom line.  Sales of Mattel’s signature doll dropped a whopping 21% last quarter of 2014, reports Matt Townsend at Bloomberg News. Revenue has declined steadily for several years. Partly because people are purchasing other tech themed toys, and partly because there are other more accommodating toys on the market.

Monster High, a series of Vampire, Frankenstien and other “monster” themed dolls also come from Mattel. Monster High promotes the idea of  celebrating your differences and Be yourself. With Monster high theme song lyrics like

Its no wonder the brand has been embraced by many kids.

For the “iconic girl” Barbie you would think such a large corporation like Mattel could come up with ways that Barbie and Friends could be a better role model like their Monster High counterparts.  Maybe telling girls you know.. They could be what every they imagined they could be instead of dated stereotypes.

… Enter New campaign stage left.  “For over 56 years, Barbie has inspired imaginations and encouraged girls on their journey to self-discovery. From Mermaid to Movie Star, Pet Vet to Police Officer, Fashionista to Fairy Princess, Barbie continues to celebrate the belief that You Can Be Anything.” This is the latest marketing message attached to this new video campaign, launched earlier this month.

Very cute. Pulls at the heart strings and tells a very real message that has been missing from Barbie all along. When Barbie the Movie Star dolls was made, Mattel attempted to tell us WHO that Barbie was and how she should act. All to often,  Movie Star Barbie would be used as a student in a classroom, or a person sitting on a bus. Girls created the world the Barbies live in. That’s the point. There are no rules or roles defined except what they told us they were. What happens when Girls Are Free to Imagine they can be anything, the ad asks? Great things Mattel. Thanks for getting it after 59 years.

Matte’ls latest ad is connecting little girls with the hopes and dreams of whatever they want to be. Let’s hope this is a marketing shift for the company and we can continue to see girl positive themed messages in the future.

Pepsi Perfect – The Back To The Future Cola Is Here